Rules and Regulations Governing the Importation, Feeding, and Baiting of Cervids in Rhode Island (250-RICR-60-00-2)

The terms and provisions of these rules and regulations shall be liberally construed to permit the Department to effectuate the purposes of state law, goals, and policies.

“Director” - means the Director of the Department of Environmental Management.

“Feeding/baiting” - means the act of using, placing, giving, exposing, depositing, distributing, or scattering any material, or any act to maintain the availability of such material, that attracts, or is reasonably intended to attract wild white-tailed deer to feed on such material.

“Person” - means an individual, corporation, partnership, or other legal entity.

2.8 Persons Authorized to Enforce These Rules and Regulations

Any employee of the Department’s Division of Law Enforcement, Division of Agriculture, and Division of Fish and Wildlife are hereby commissioned by the Director pursuant to R.I. Gen. Laws § 42-17.1-2, to enforce these rules and regulations.

Any person who violates any section of these rules and regulations shall, upon conviction by a court of competent jurisdiction, be punished by a fine of up to three hundred dollars ($300) or imprisonment not exceeding one (1) year per violation.

2.10 Regulations Prohibition on the Importation / Transportation of Cervids

A. Importation: No person shall import into the State of Rhode Island any captive or wild cervid, except under a permit issued by the Director or his/her designee in compliance with § 2.10 (B) of this Part.

1. Are free from visible evidence of any contagious, infectious, or communicable disease or exposure thereto;

2. Do not originate from a Chronic Wasting Disease (CWD) endemic area;

3. Includes the following statement: "All cervidae identified on this certificate originate from a CWD monitored or certified herd that has achieved a CWD disease-free status of at least seven years and in which these animals have been kept for at least two years or were natural additions”; and,

4. These certificates need to record the negative testing for TB, brucellosis, anaplasmosis, bluetongue, or other diseases as required by the RI DEM’s Division of Agriculture.

C. No cervid may enter Rhode Island for immediate slaughter (slaughter within 72 hours at a USDA or state licensed slaughter establishment) unless officially identified and accompanied by either an official certificate of veterinary inspection or an owner shipper statement as defined in the Rules and Regulations Governing the Importation of Domestic Animals, 250-RICR-40-05-1.

D. No person shall transport within the state of Rhode Island any live or captive cervid without a permit issued by the Director or his/her designee.

No person shall release to the wild in the State of Rhode Island any captive or wild cervid.

2.12 Feeding and Baiting of Cervids

A. No person shall feed cervids at any time in the state of Rhode Island except:

1. Under a license or permit issued by the Department pursuant to R.I. Gen. Laws § 20-1-18 for bona fide scientific research;

B. Distribution of Certain Food Materials. No person shall feed wild or captive cervids with any material that contains protein derived from any mammalian tissues.

A. No person shall import or possess in Rhode Island the brain, eyes, spinal cord, lymph nodes, tonsils, or spleen of any cervid taken in or originating from a Chronic Wasting Disease endemic area, or such parts from captive or captive-bred cervid obtained from outside Rhode Island, except that:

1. Such parts may be imported and possessed as specimens in a bona fide laboratory research study pursuant to a permit issued by the Director or his or her designee provided that such parts or specimens are disposed of in accordance with accepted laboratory practices; or,

2. As provided in § 2.14 of this Part, such parts and carcasses may be transported through Rhode Island as part of an interstate shipment.

1. Meat may be imported and possessed provided that all such meat from an individual animal shall be boned, cut up, packaged and wrapped and such meat shall not be commingled with the meat of any other;

3. The skull-cap with antlers attached, free of blood and brain matter;

8. Fresh head and cape - in addition to the marking requirements of § 2.15 (A) of this Part, the required tissue must be tested by a certified USDA laboratory and must be certified to be Chronic Wasting Disease free. This certification must be in writing and must be provided prior to importation of a fresh and cape into the state of Rhode Island.

2.15 Marking of Carcass Parts and Transportation

A. Marking of Carcasses and Parts. All carcasses and parts of any cervid imported into Rhode Island, or packages or containers containing such carcasses or parts, shall be affixed with a legible label bearing the following information: the species of animal, the State, Province or Country where the animal was taken or where the shipment originated, the name of the person who took the animal or the name of the shipper, the address of the taker or shipper and, for transport through the State, the destination of the shipment. Hunter harvested carcasses, parts or meat taken outside Rhode Island shall also bear the marking, tagging or labeling required by the State where the animal was taken.

A. Any person who imports live cervids, carcasses or parts thereof, consents to allow any authorized representative of the Department access to enter upon his or her premises or access to his or her vehicle to conduct inspections for compliance of these regulations.

B. The Department shall immediately seize carcasses or parts that are imported or possessed in violation of these regulations.

C. The Department shall immediately seize, quarantine and euthanize any cervid that is imported or possessed in violation of the provisions of these regulations.

F. Department staff may euthanize, using firearms or other means, any wildlife which is at large and is suspected of having been exposed to or having chronic wasting disease.

A. Pursuant to R.I. Gen. Laws, Chapter 42-17.7, a person who feels aggrieved by a regulatory enforcement action undertaken against that person pursuant to § 2.16 of this Part and seeks an adjudicatory hearing must seek such hearing by filing a written request with the Administrative Adjudication Division, One Capitol Hill, 4th Floor, Providence, Rhode Island, 02908 within twenty (20) calendar days of receipt of the contest agency action.

B. Pursuant to R.I. Gen. Laws, Chapter 42-17.7, a person who feels aggrieved by a permit denial and seeks an adjudicatory hearing must seek such hearing by filing a written request with the Administrative Adjudication Division, One Capitol Hill, 4th Floor, Providence, Rhode Island, 02908 within thirty (30) calendar days of receipt of the contested agency action.

This Technical Revision being promulgated to reformat the rule into the RICR format for the Rhode Island Administrative Code. There are no substantive changes. 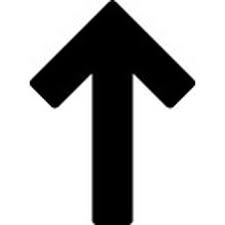